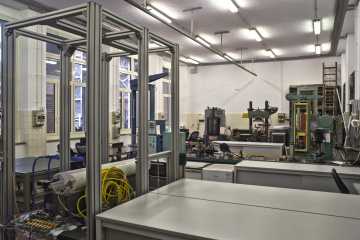 The laboratory consists of the assembly of three sections (Rock Mechanics, Earth Mechanics and Rock Cutting), it has been active for over 30 years and boasts, in addition to considerable experience in research relating to the physical, mechanical and technological characterization of rocks, an important set of equipment for carrying out tests on site and in the laboratory; it also operates in the numerical modelling sector, using "general purpose" calculation codes such as Flac®, Udec®, Map3D®, for analysis related to field problems (ie: stress-strain in continuous and discrete structures with FEM, FD , BEM, DEM techniques) and specific calculation programs developed for analysis and data processing of various types. 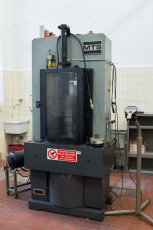 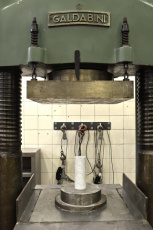 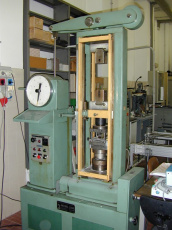 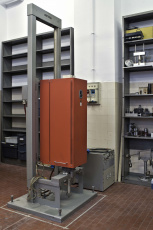 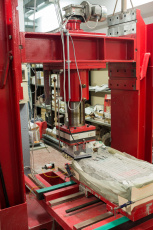 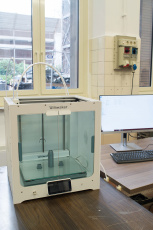 Shear machines with 500 kN and 50 kN actuators (horizontal and vertical).

Linear dilatometer for NX specimens operating up to 1500 ° C.

ILCM (Intermediate Linear Cutting Machine): structure expressly realized to carry out a test considered, to date, the most realistic for the evaluation of the rock-tool interaction process. The equipment determines the forces exchanged during excavation between a tool (sliding or rolling) and the rock by means of a triaxial cell. The tool used, specifically, is a disc, with the same characteristics as those mounted on the head of a TBM (Tunnel Boring Machine). The sample used faithfully represents the rock to be tested. The possibility of varying some geometric parameters, such as the distance between the grooves and the depth of cut, allow to evaluate the spacing/penetration ratio which allows to optimize the specific excavation energy.

Prototyping equipment: the laboratory is equipped with instruments suitable for the production of prototypes (3D printer) and their finishing 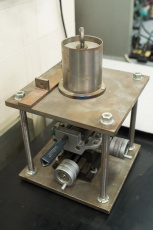 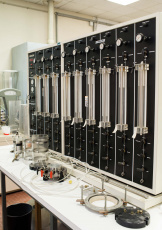 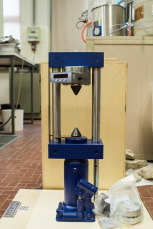 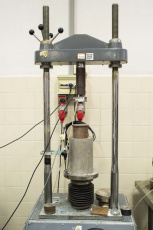 On-site stress state monitoring and measurements: the laboratory is equipped to carry out determinations of physical, mechanical and technological characteristics on on-site rock-masses. For this purpose, specific equipment is available, such as simple and double core drills, devices for measuring the state of natural or induced stress according to the two-dimensional and three-dimensional methods of stress release (doorstopper, CSIRO) and hydraulic fracturing in small diameter holes, pumps and displacement transducers for measuring the stress state with flat jacks, plate load test equipment for determining deformability, tape for convergence measurements in tunnels, piezometric probes, thermometric probes, total radiation thermometer, heating equipment of rock walls for on-site thermal conductivity measurements. Furthermore, both the design of monitoring systems for geotechnical and environmental parameters, and static checks of natural and / or artificial walls or voids are carried out using sensors of different types (developed on site) and with real-time data acquisition and transfer, with technology wireless.

Particle size testing equipment for carrying out qualification essays based on the most widespread standards in the world, such as ovens, electromechanical sieves, sieves and so on; Desk with motorized base for sliding tests along discontinuity (tilt test); Equipment for specimen preparation, such as disc cutting machine, core drilling machine and grinding machine