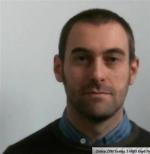 Daniele Ganora is tenured assistant professor (with National Scientific Habilitation, ASN, as Assistant Professor) of hydrology at the Politecnico di Torino, Italy. After his degree magna cum laude in civil engineering (2007) from Politecnico di Torino, he obtained the PhD (2010) in water engineering from the same university. He has been post-doc associate (2010-2015) and junior assistant professor (2015-2017) at Politecnico di Torino, working on hydrological extremes and water resources. He has been also scientific officier (2018) at the Joint Research Center of the European Commission in Ispra (Italy), working on the water-energy nexus, with particular focus on energy use in the water industry and large-scale desalination. In July 2019, he visited the Institute for Water, Environment and Health of the United Nations University in Hamilton (Canada) within the Erasmus+ program.

Daniele is currently working on:

- management of stormwaters in the urban context (quantity and quality of water);