The workshop will be in Turin, Italy.

A number of rooms have been prebooked for partecipants until September 21st. Please look here

We invite the attendant to book their accomodation in Turin at their earliest convenience.

The first day the works will be at the UNESCO Heritage site of the Valentino Castle in  Turin, Italy , 17th century castle located  in  Parco Del Valentino. 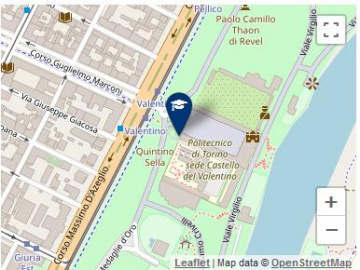 Castello del Valentino a 17th century Savoy residence included in the UNESCO World Heritage Site and now host  the Faculty of Architecture of Politecnico di Torino, is the site of the II International Workshop on Heritage Stones. The Castle, with its slate roofs with French sloping pitches, is also the starting point of an itinerary to discover the "Piedmontese" rocks used for palaces, churches, monuments and bridges in Turin. 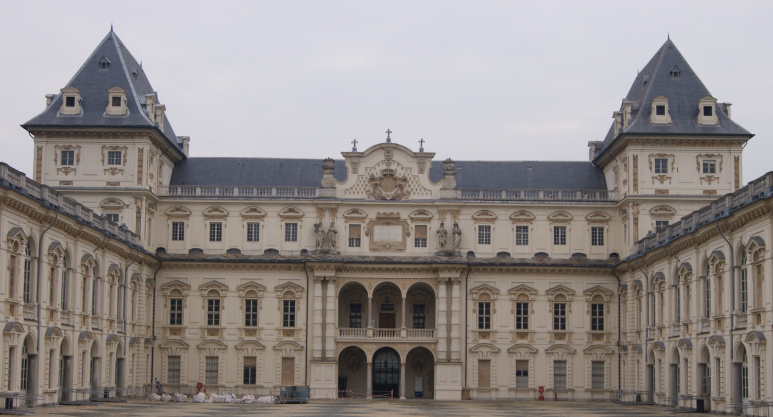 Torino is located in northwest Italy (Piemonte Region) and it is surrounded on the western and northern front by the Alps (Fig.1). The Alps, because of their long and complex history, have produced a wide variety of ornamental stones plenty used in the town, over the centuries, for both esthetic and structural reasons (Borghi et al., 2014 and therein references).

Here we will lead you in a geo-historical itinerary in Torino with the purpose to recognize the stones employed in historical buildings.

In Torino, the itinerary moves towards the city center discovering the different types of ornamental stones (mainly metamorphic rocks) employed in buildings, bridges and monuments. For some of the stops, a detailed geologic description is also available through the recently released application for mobile phones “TOURinSTONES” (Gambino et al., 2019 and therein references). This application consists of 26 sites of historical and scientific interest and describes specific data on each used rock including petrographic and mineralogical description and historical quarry location. The links among construction stone materials, their geographical provenance, geological origin, physical and chemical properties, the architecture and the history of a city or a region, are very interesting topics that need to be highlighted, with both students and tourists. The Earth Sciences and Conservation Science cross all these aspects and can be therefore useful for educate people about the architectural “geo-heritage”, and its tangible and intangible value.

Interactive geo-tours as Tourinstones (Fig. 2) represents an innovative way to educate people to the interdisciplinary field of Geology. The technical-scientific study of materials, its simplification and dissemination, the combination with the cultural aspect and the territory represent a new way of doing research in line with the objectives of universities across Europe. 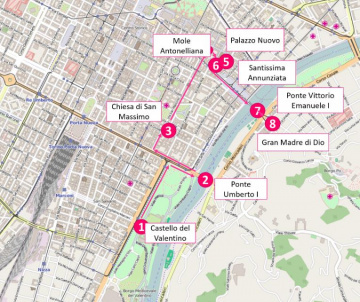 Egyptian stones of the Museum: the application STONE

The use of stone in sculpture and architecture has always strongly characterized the cultural production of ancient Egypt (Klemm and Klemm 2001). It is at least since the pre-dynastic age that the Ancient Egyptian drew on the large variety of lithotypes outcropping within the borders of their country for the realization of masterpieces that today fascinate millions of visitors in museums all around the world. Italy also owns an important cultural heritage of Ancient Egypt from collections mainly achieved in the past centuries. In particular, in Torino there is one of the most important museums in the world of Egyptian Antiquities.

In the context of a collaboration between the Department of Earth Sciences of Torino University and the Egyptian Museum of Torino and with the contribution of the Cassa di Risparmio di Torino Foundation a project consisting in the realization of the free application STONE has been carried out. It aims to offer to a wide audience an alternative perspective to read the works on display, creating a link between classical and scientific knowledge. This app, through the selection of fifty exhibits, arranged in eleven rooms, based on their historical and artistic importance, but also and especially selected on the basis of the stone material, allows the visitor to observe granites, porphyries, limestones, sandstones, ect. discovering the nature, the chemical composition, the provenance and the reasons for which they were chosen by the ancient Egyptians.

The Egyptian Museum of Torino, totally dedicated to the culture and art of Egypt, houses a set of fundamental collections (about 40,000 exhibits, most of them in stone) both from a historical-archaeological and scientific-geological point of view, illustrating in a comprehensive way almost all of the stones used in Ancient Egypt.

The great variety of rocks used by the ancient Egyptians was cultivated in numerous sites distributed throughout the Egyptian territory during ancient Egypt and the Ptolemaic-Roman period (332 BCE-395 A.D.). The mineral-petrographic characterization of stones employed by Ancient Egypt constitutes a fundamental step for an enhancement of such valuable material addressed not only to employes jobs, but also to a wider public through appropriate scientific dissemination paths (Borghi et al., 2007 and therein references; Borghi et al. 2010 and therein references). For further informations concerning Museo Egizio please visit the following website: https://www.museoegizio.it/en/

Visit of Sacra di San Michele, Arch of Augustus in Susa and quarry